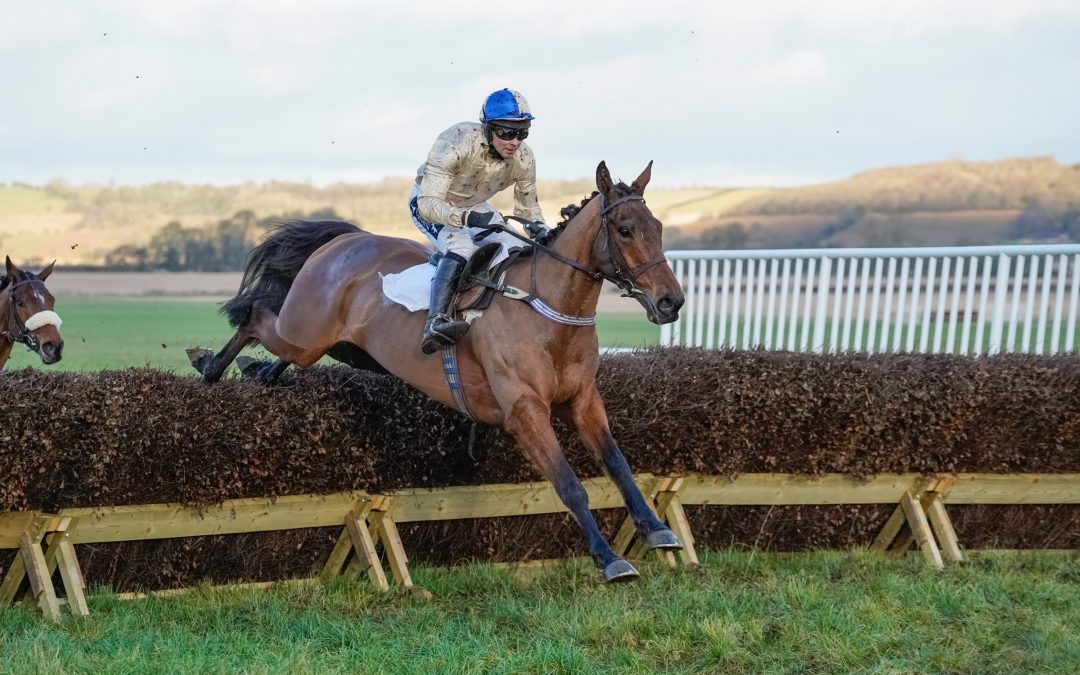 This weekend, Sunday 16th January the Sheriff Hutton Point to Point Club will hold their eagerly awaited meeting at Sheriff Hutton by kind permission of Mick Easterby in aid of the Yorkshire Air Ambulance. Due to the Covid pandemic this meeting was unable to take place last season, however organisers have returned and hope the meeting can be as good as ever. 101 entries have been received for the seven race card which starts at 11-45, entry is £10 on the gate, there will be hot food and a licensed bar available throughout the day, everyone is welcome and for anyone who is attending for the first time the post code for the meeting is YO6O 6TN.

The opening race is a level 2 Conditions race which with 26 entries has been divided, division 1 holds several revent winners including Feuille de Lune who is a dual winner this season for Kelly Morgan, she was an easy winner last time and was in command when her opposition unseated at the last, whilst Vinne Lewis just scraped home at Alnwick last time and the runner up has failed to boost that form. Panthers Creek returns from a lengthy absence, Fivecardstud was an easy winner on his final start last season at Hexham, where Merion venue also put up a bold show in the Ladies Open and although sometimes inconsistent is capable of running well. The winner if returning to form looks likely to come from the Chris Dawson trained Steely Addition, formerly a maiden winner for Dawson the son of Craigsteel went on to reach a top BHA rating of 150 when with Philip Hobbs, if recapturing that form he should take the beating, Show And Go is another who could go well with a run under his belt.

In division 2 the two stand out performers both are returning from year or two on the side lines, Burrenbridge Hotel beat Monbeg Chit Chat when last seen back in March 2020 and that form looks very strong now, whilst Clondaw Anchor who was an impressive chase winner in 2019 for Dan Skelton and reached an official rating of 137 is another with some useful form, however he has not been seen since 2020 also and may be worth watching for now. Caviar d’Allenhas progressed well over the last couple of season, but it may be worth trusting in Global Racing who won at this course back in April, for which he has to carry a 5lb penalty for that effort.

The Restricted is next on the card and with a run under hs belt recently at Alnwick Ask To Dance may fare better here, he won a competitive Hexham Maiden last season and should have more to offer. Barrack Hill ran well last season without really threatening the judge, Fists Of Fury has had only the one run in an Irish Maiden, however the Cherry Coward trained Cool Desire may be the one to beat after finishing second at Alnwick, he set a very strong pace that day and was only collared close home. Willie Wonga was close up for a long way on his seasonal return, whilst Vent d’Automne showed plenty of promise early last season but his form tailed off through the season, a return to his best could see him go well.

The Ladies Open coud see recent Men’s Open winner Game As A Pheasant switch codes but will have to carry a minor penalty for this seasons efforts. Global Racing also holds an entry here, whilst Ballinahow Bill has been lightly raced over the last two seasons but in his earlier days looked potentially useful and its possible he could return to his best. The Dellercheckout has won at this meeting before, he is a top class pointer and useful hunter chaser so will no doubt take the beating here.

The Men’s Open is a race that usually attracts some useful recruits and this season looks no different. Last years Cheltenham winner and Horse and Hound cup runner up Monbeg Chit Chat is likely to make his return and possibly has the strongest form on offer, however the Dale Peters trained Kilkishen who won a Kelso hunter chase last term will likely give him something to think about. Early Retirement would have place claims along with Vinnie Lewis.

The first of two Maidens to finish the card is a Conditions Maiden run over 3 miles with a no weight for age allowance. Beauvallon Bay was competitve over hurdles for Amy Murphy so can maybe forgiven a dissapointing point debut, Champion Chase is a long standing maiden under rules and although he is still chasing his first victory at the age of 10 he will not be short of experience, whilst another with form under rules is the Steph Easterby trained En Couleur who was a staying on third on his last run at Market Rasen, he looks capable but has stamina to proove. Desjay should find conditions to suit for the inform Jack Teal yard, Go Go Geronimo is highly consistent but was well beaten on his return this term and could be forgiven that effort, whilst Master Mattie was fourth on debut in Ireland in which has returned numerous winners under rules, but has been dissapointing in two run in Irish hurdles. As for the debutants, the Tom Ellis trained Pedley Wood was a 34,000 euro purchase and is brother to point winner and bumper placed Victorias Peak. The New Kid comes from the Dale Peters yard and has finished runner up on both his starts in England, the form of his Dingley run last year hs worked out well with the winner going on to win over hurdles.

The final race is a 2m 4f Goffs 4,5 and 6yo Maiden, there are several newcomers who will no doubt be destined for the sales, Boy de La Vis is a 4yo son of Diamond Boy and was a 27,000 euro purchase out of a winning dam, whilst Top Wood Bareliere cost 7,000 euro from the Arquana sale in France and both hail from the Francesc Poste yard so deserve plenty of respect. Rebel Monarch is brother to winning Irish hurdler Troublesombrothers and is out of a point winner so has the pedigree for this job, whilst Cullin Hills makes her debut for the Will Milburn team, she is out of a winning Irish pointer. The race looks between Caballo Diablo who was a good second in an Irish maiden last season and En Couler who may be better suited to this shorter trip.