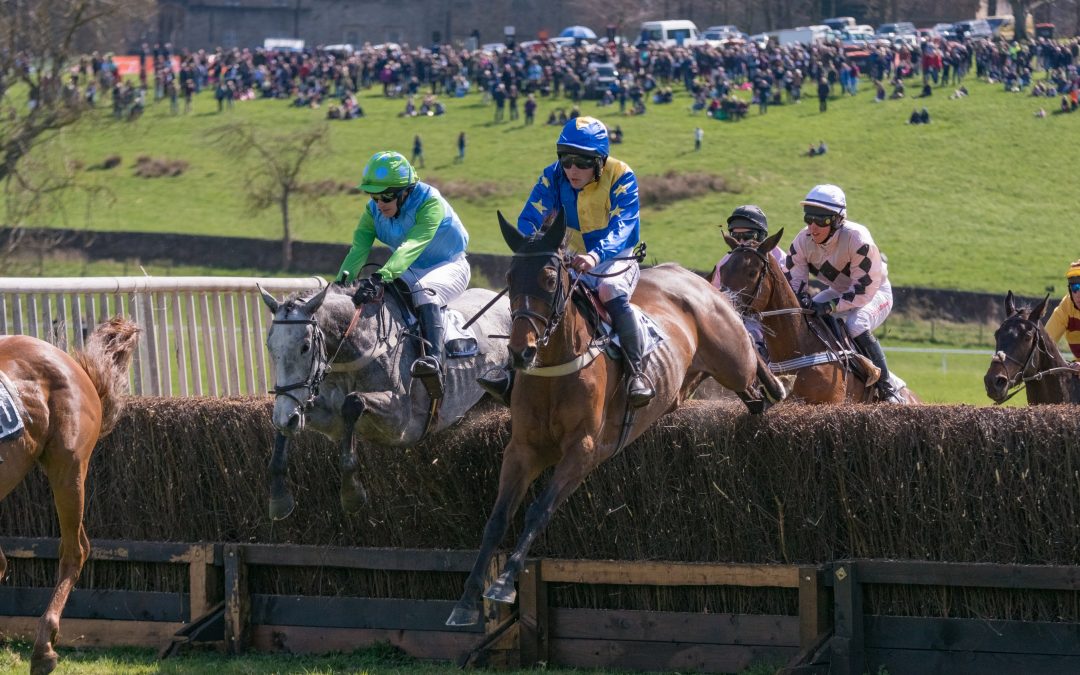 Bank Holiday Monday will see crowds visit Witton Castle, for the Zetland Point-to-Point. The first race on Monday 6th May begins at 2pm, with the Conditions Race. There is very good viewing from the top of the hill with the course set below. This is one of the finest viewing courses in the Yorkshire Area. The Zetland Hunt are once again offering an E-ticketing option for customers. Admission tickets purchased before midnight on 4th May can be bought for £11 from www.pointinginyorkshire.co.uk. On the gate, public admission is £12.50 per adult, under 16s are free. There will be a licensed bar and refreshments. The postcode for Sat Nav is DL14 0DE.
The opening race is a conditions race and only six have been entered, Game As A Pheasant was a good second behind the progressive Sheperds Cave recently and this looks an excellent opportunity for him to get his head in front. Roll The Dice has some good form at his best but his form figures have been somewhat inconsistent of late and it is hard to know what to expect from him, whilst Hollow Tree was a distant third behind the useful Path To Freedom and may have a say. Royal Chant would enjoy this track and this ground and would be the one to beat if taking part but also holds an entry at Cheltenham and may be more likely to head there, whilst Rushour Ryan took the restricted at Tranwell last time in good style and if continuing his improvement can go well. Selection – Game As A Pheasant
The Intermediate also holds entries for Game As A Pheasant, Royal Chant and Rushour Ryan and all have leading claims, however the ever improving Shepherds Cave looks the most likely winner, he has thrived on better ground and could improve past most of these if taking part again after winning the confined at Easingwold on Sunday. Wayupinthebox was third to the useful Mount Alban at Tranwell but again may run in to one too good. Selection – Shepherds Cave
The Mens Open looks a very competitive race with the likes of Path To Freedom and Dark Mahler, with the latter looking to be suited by more of a speed test after a brace of wins at Askham Bryan. Winged Crusader is a prolific winner in the north and is leading the national title for most wins, whilst Matts Commission made a lackluster return at this track last time but can fare better. Sposalizio may not be as good as some of these but he thrives round here on firm ground and if conditions are fast he could be one to side with, whilst another who is suited to this track is Royal Chant who broke his maiden and restricted here and showed good form when third to Buck Dancing at Sheriff Hutton.Selection – Sposalizio
The Ladies race could go the way of impressive course winner Abbeyview who scooted away from his rivals here at the previous meeting, Winged Crusader looks the main danger but he has a massive 12lb penalty to burden which makes life a lot harder, whilst another which has been in great form this season is Iron Chancellor but he will need conditions to be on the softer side and may find things too quick. Wizadora has shown a love for this track with a good record here, she beat subsequent winner Ballinahow Bill here last time and a mare in form is dangerous to take on. Greyed A is a new recruit for Lottie Crane from the Richard Newlands yard where he reached a mark of 116 and won three times over fences.Selection – Winged Crusader
The open maiden has four entries from the Peter Fahey yard, Euro Fou and Byland Abbey are both well bred newcomers, whilst Sir Apollo and Wang Dang Doodle both have one run to their names with the latter showing the best form when sixth at the Bedale. Chris Dawson also has some young maiden prospects including 4yo Trans Island Foster’s Island, Dawson also has Smart Seb who has already made his debut and showed minor promise before been pulled up. But it looks between the more experienced performers Peep O’day Dell and Clashganny, the former is improving with each run whilst Clashganny although knocking on the door is well in to his second season and looks one paced at the business end.Selection – Peep O’day Dell
The final race has received only one entry in the Bevin trained and ridden Templepoint so if taking part will result in a walk over.